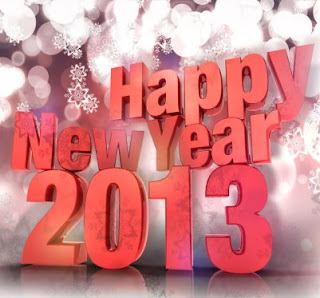 Posted by aipeucjalandhar@gmail.com at 7:20 PM No comments:

Posted by aipeucjalandhar@gmail.com at 9:45 PM No comments:

CONTINUATION OF IT MODERNISATION PROJECT OF
DEPARTMENT OF POSTS – PHASE II
The Cabinet Committee on Economic Affairs today approved the proposal of Rs.4,909 crore towards IT modernisation project of the Department of Posts, covering 1.55 lakhs post offices.

The total expenditure for the project involving Rs.4,909 crore includes both implementation phase and operation and maintenance phase for the IT infrastructure of Post Offices. The IT project of the Department is a part of the Mission Mode Project (MMP) included in the National e-Governance Plan (NEGP).

The Department of Posts has a network of 1.55 Lakhs post offices spread across all the States and Union Territories of the country. The key objective of the India Post IT Modernisation project is modernization and computerization of all Post offices in the country including branch post offices in rural areas to create a urban-rural network spanning across the length and breadth of the country.

The IT modernisation project is expected to give following benefits to the citizens of the country:

The IT modernisation project will provide a national asset and infrastructure for all users apart from the post offices including various government departments, business houses and the citizens to use the services effectively for their communication, banking, insurance and service delivery needs. The project will improve the delivery of mails, banking and insurance services rendered by the Post offices across the length and breadth of the country.

For the purpose of implementation, the IT modernisation project has been structured into 8 segments catering to IT infrastructure such as datacentre, network, computers and peripherals, software applications which will cover all the product and services of the Department of Posts, and change management which will help in effective transformation into IT mode. The project will be implemented in all the 1.55 lakh post offices in a phased manner over a time period of 2 years, to be followed by the O&M phase over the period of contract.

The project will be rolled out to all the post offices covering all States and Union Territories in the country a phased manner.
Background:
The proposal of the Department of Posts is in continuation of the proposal which was approved by the Cabinet Committee on Economic Affairs (CCEA) on 26th Aug 2010. The overall project has been segregated into eight RFPs, of which, selection of vendors have been finalized in case of 5 RFPs and LOIs have been issued. Of these 5 RFPs, in four cases the contracts have been signed with the selected bidders. In respect of two RFPs the financial bids have been opened and selection of the bidder is under process.
Posted by aipeucjalandhar@gmail.com at 8:13 PM No comments:

NOTICE
Sir,
In accordance with the provisions of Sub Section (1) of Section 22 of the Industrial Disputes Act, 1947, we hereby notify that all the Postal/RMS/MMS/Administrative & Postal Accounts Employees and the Gramin Dak Sewaks which are affiliated to Confederation of Central Government Employees & Workers will go on one day strike on 12.12.2012. The demands for acceptance of which the employees embark upon One Day Strike are detailed in the Charter of Demands enclosed.

1.         Revise the wages of the Central Government employees including Gramin Dak Sewaks with effect from 1.1.2011 and every five years thereafter by setting up the 7th CPC.
2.         Merge DA with pay for all purposes with effect from. 1.1.2011 including for Gramin Dak Sewaks.
3.         Remove restriction imposed on compassionate appointments and the discrimination on such appointments between the Railway workers and other Central Govt. employees.
4.         (a) Departmentalise all Gramin Dak Sewaks and grant them all benefits of regular employees; End Bonus discrimination and enhance bonus ceiling to 3500/-; withdraw open market recruitment in Postman / MTS cadre; Revise cash handling norms; Grant full protection of TRCA; Grant Time Bound Promotion and Medical Reimbursement facility etc,
(b)       Regularise the daily rated, contingent, casual workers and introduce a permanent scheme for periodical regularisation;
5.         (a) Revive the functioning of the JCM. Convene the meeting of the Departmental Councils in all Ministries/Departments. Settle the anomalies raised in the National Anomaly Committee as also in the Departmental Anomaly Committees. Hold National Council meetings as specified in the JCM constitution. (b) Remove the anomalies in the MACP Scheme.(c) Grant recognition to all Associations/Federations, which have complied with the formalities and conditions stipulated in the CCS(RSA) Rules.
6.         Fill up all vacant posts and create posts on functional requirements.
7.         Stop downsizing outsourcing, contractorization, corporatization and privatisation of Governmental functions.
8.         Stop price rise; strengthen the PDS.
9.         (a) Stop the proposal to introduce the productivity linked wage system; (b) discard the performance related pay structure; (c) introduce PLB in all Departments; (d) remove the ceiling on emoluments for bonus computation.
10.       Revise the OTA, Night duty allowance and clothing rates.
11.       Implement all arbitration awards;
12.       Make the right to strike a legal and fundamental right of the Government employees on par with the other section of the working class.
13.       Grant Five Promotions to all employees as is provided for in the case of Group A services.
14.       (a) Withdraw the PFRDA Bill. (b) Rescind the decision to allow FDI in pension sector ;(c) Scrap the new contributory pension scheme (d) Extend the existing statutory defined pension scheme to all Central Govt. employees irrespective of their date of entry in Government service.
15.       Vacate all Trade Union victimisation, and more specifically in the Indian Audit and Accounts Department.
Hazara Ram Chumber                     Amit Kumar Sodhi
Divisional Secretary                         Divisional President
AIPEU Group C                               AIPEU Group C
Jalandhar                                        Jalandhar

Posted by aipeucjalandhar@gmail.com at 10:57 PM No comments:

2.         The Central Pension Accounting Office (CPAO) has suggested that e-scroll data, which is being received in CPAO from most of the banks may be used and the problems indicated above may be solved. The e-scroll contains 13 fields of information such as Name of the pensioner, PPO number (New) / PPO number (old), name of the Ministry, PAO code, bank name, BSR code, Account number, pension category, basic pension, DR, Additional Pension, Month of Pay and date of transaction. These fields may be useful for the purpose of revision of PPOs of pre-2006 pensioners/family pensioners. Another utility of e-scroll is that it may be used to eliminate invalid pensioners/family pensioners.

3.         It is seen that the e-scroll is a factual and useful source of information of the pensioners/family pensioners. Therefore, it is recommended that e-scroll may be accepted for retrieving information for revision of PPO, in addition to Annexure III. Ministry of Railways, M/o Defence and Departments of Posts and Telecommunications (for pensioners receiving their pension through banks) are also requested to use e-scroll sent by the Banks in addition to Annexure III (Annexure IV in case of Defence pensioners) for the purpose of retrieving relevant information of such pensioners/family pensioners in case of whom Annexure III/IV are not made available by the Banks.
Sd/-
(Sujasha Choudhury)
Deputy Secretary

Posted by aipeucjalandhar@gmail.com at 6:44 PM No comments:

Email ThisBlogThis!Share to TwitterShare to FacebookShare to Pinterest
DISBURSEMENT OF PENSION TO POSTAL PENSIONERS THROUGH NATIONALIZED BANKS IN ADDITION TO POST OFFICE W.E.F. 01.01.2013 {CLICK HERE FOR DETAILS }
Posted by aipeucjalandhar@gmail.com at 6:43 PM No comments:

Posted by aipeucjalandhar@gmail.com at 11:18 PM No comments:

*           COMPLETE THE STRIKE CAMPAIGN IN NOVEMBER ITSELF.
*           EACH AND EVERY EMPLOYEE SHOULD BE CONTACTED PERSONALLY.
*           PRINT AND DISTRIBUTE NOTICES /PAMPLETS/POSTERS EXPLAINING THE 15 POINT CHARTER OF DEMANDS.
*           CONDUCT OFFICE TO OFFICE SQUAD WORK, GENERAL BODY MEETINGS, CONVENTIONS AND GROUP MEETINGS.

Privacy The owner of this blog does not share personal information with third-parties nor does the owner store information is collected about your visit for use other than to analyze content performance . The owner is not responsible for the republishing of the content found on this blog on other Web sites or media without permission. Blog Comments The owner of this blog reserves the right to edit or delete any comments submitted to this blog without notice due to; 1. Comments deemed to be spam or questionable spam 2. Comments including profanity 3. Comments containing language or concepts that could be deemed offensive 4. Comments that attack a person individually Terms and Conditions All content provided on this blog is for informational purposes only. The owner of this blog makes no representations as to the accuracy or completeness of any information on this site or found by following any link on this site. The owner will not be liable for any errors or omissions in this information nor for the availability of this information. The owner will not be liable for any losses, injuries, or damages from the display or use of this information. Permissions No part of parts of the blog should be reproduced without prior permission if found otherwise is likely to face legal action. This policy is subject to change at anytime without any intimation.